BuzzFeed has had an absolutely amazing run, leading up to a $50M investment by Andressen, Horowitz, the hottest VC firm in the world. However, Frédéric Filloux of Monday Note is decidedly less enthused. A key point in his open letter is below:

Fact is, quality content does exist in BuzzFeed (an example here), but in the same way as a trash can contains leftovers of good food: you must go deep to find it.

Well, trash (one assumes) is stuff no one wants. A listicle of "17 Ways the 90s Were the Best Decade" is wanted, whether you like it or not. But going beyond that, why the hate for listicles at all?

I have two theories - either it's a distaste for ads, or a distaste for the medium. To evaluate both these ideas, let me take you to a simpler time - the year is 2000, the year that the newspaper business had the highest revenue in its history, and the Pittsburgh Post Gazette (a paper with over 175k subscribers) has its 36 pages broken down in the following way:

Perhaps that's too recent for you? How about September 10, 1914 - World War I is well underway, and here's a copy of the Times Dispatch:

Of the 14 pages in the newspaper, it appears that it is made up of:

There's quite a bit more stuff in there that's not exactly news either - my favorite is a 100 year old native ad! 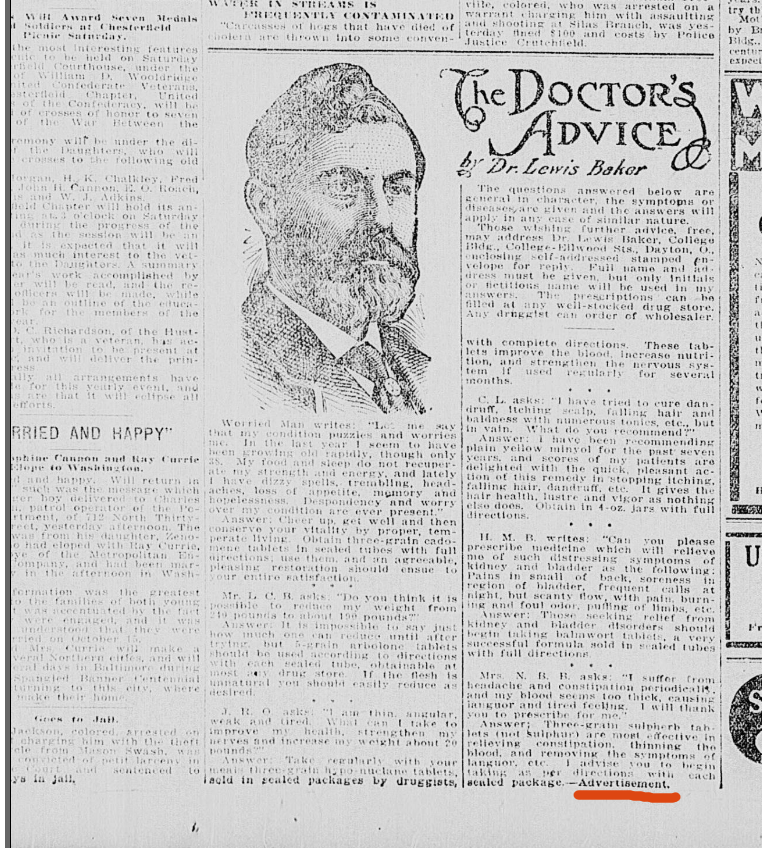 By contrast, this listicle of 26 Animals From Around the World has just 1 300x250 ad, and one native ad (at the bottom). That's practically pristine!

Is the issue the fact that Buzzfeed repackages other content and draws in users? I'm not a huge fan, but that isn't exactly the end of the world either. It's all free (e.g. the reddit content they repackage is just as free as their content is) so if you don't like it, go to the source - where hundreds of links are scattered between countless pages and make it nearly impossible to find it all.

Or perhaps the issue is that news isn't 100% of the paper at all. But that can't be the case, since news has ALWAYS been advertising funded as evidenced by the examples I listed earlier.

An interesting alternative to just bad mouthing listicles is to think about news organizations as having always been made up of two parts - the news, and the other stuff that funds the news. In newspapers, this was made up of classifieds and ads; on the web, it's listicles and ... ads. There may be variations of this equation in the future (how much time and real estate a publication can/will spend on each),  but it seems highly unlikely there will be too many sites that have the former without having at least some of the latter.